Evidence-Based Management: From the What and the Why, to the How To 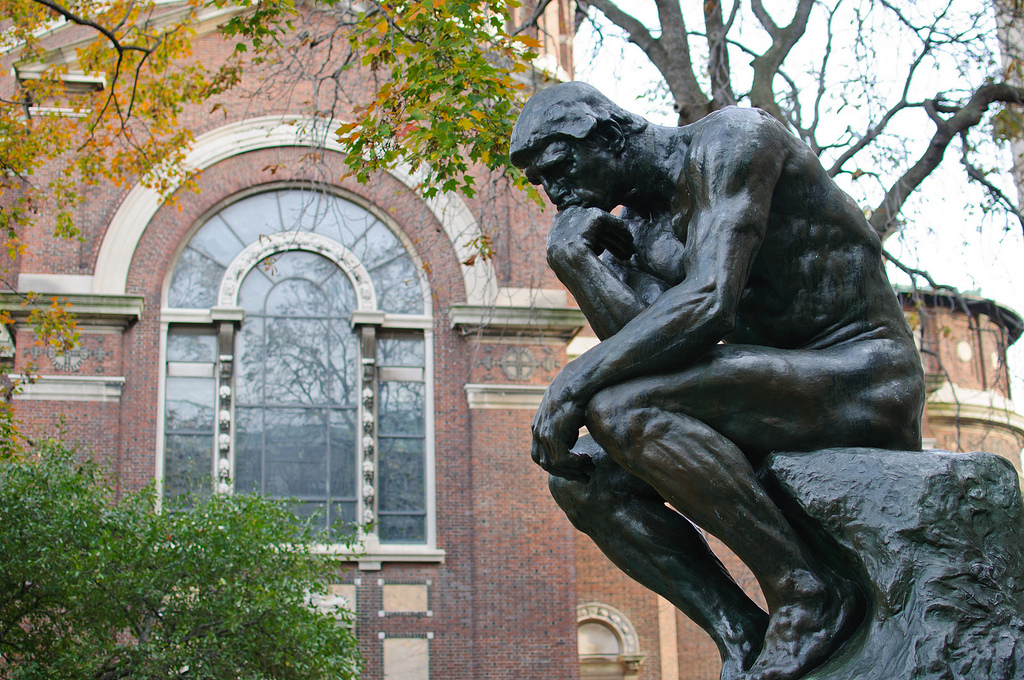 The central premise of evidence-based practice (EBP) is that decisions are more likely to be successful when they build on critical thinking and the use of the best available evidence – which is easier said than done.

In the past decade, leading figures on EBP in Management and Leadership at the Center for Evidence-Based Management (CEBMa) have been developing a framework to make effective people decisions. In short, this comprises a clear decision-making process and skills and techniques to critically evaluate evidence from multiple sources:

However, up until now, the debate in the evidence-based management movement was centered more on what is it and why do we need it, than on how you do it. But now we are progressing: several practitioners in organizations are being trained on the principles and know-how to make evidence-based decisions, and interest – and commitment – of professional bodies and organizations is raising.

So, the question is: how are we doing with skill-development for Evidence-Based Practice in Management and HR?

Evidence-Based HR: From Theory to Practice

The first full-blown, 3-day training course on evidence-based decision-making took place this Fall in Belgium. Here CEBMa, Ghent University, and Balance HR, partnering with The VIGOR Unit, WisKeys, and ScienceForWork, had a deeper look at what it takes to apply an evidence-based approach to management decisions. The training had a unique format–and venue–and was the first of its kind. 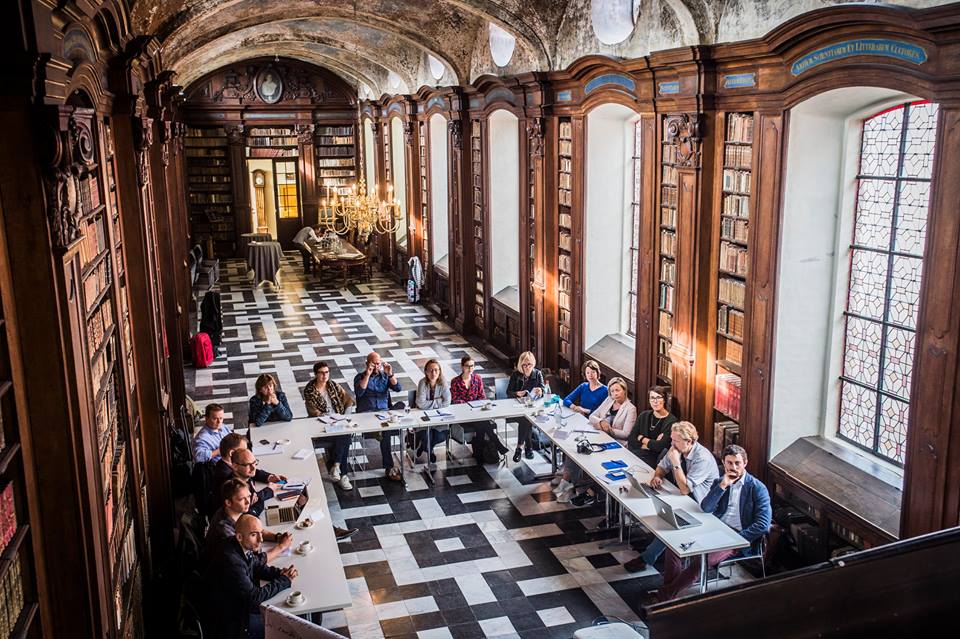 The training was organized by Balance HR, a network of HR freelancers that advises and supports HR leaders on temporary assignments, and involved 12 HR leaders and managers from mid-to-large organizations. The leitmotiv was that HR decisions should be based on high quality evidence, not hunches.

The training used a blended learning approach that integrated interactive classroom sessions, e-learning modules and coaching (during and after the 3-day course). Starting point were concrete issues and challenges typically encountered by HR professionals.

In synthesis, the training demonstrated how to approach real-world issues from an evidence-based perspective. The focus of Day 1 was building Evidence-Based Skills: asking critical questions and surfacing assumptions (i.e., making the implicit, explicit); identifying cognitive errors and evaluating the robustness of professional judgement; acquiring evidence from experienced professionals and stakeholders; finding, critically appraising, and translating scientific evidence for practice.

Day 2 was all about Evidence-Based Insights. Participants learned insights from the best scientific evidence on performance management and appraisal, talent management, recruitment and selection, motivation, engagement, incentives, and more. Hence, everyone defined which practical questions to ask and retrieve scientific evidence for, and practiced how to quickly find, make sense and use the best available scientific evidence to inform people decisions.

After a pause of two weeks where trainees had fun looking at the science behind their organization’s challenge, the group got together again in Day 3 to Put It All Together. Challenged by leading authorities in the domain of evidence-based management, Professor Rob Briner, Professor Frederik Anseel, and Dr. Eric Barends, trainees presented the result of their own research and drew up an action plan to apply the principles learned to their organizations.

Talking to Edward Vanhoutte, Managing Partner at Balance HR, and main organizer of the training course, the main takeaway is that the need for evidence-based practice is strong, and a growing number of practitioners are keen to take responsibility: “In medicine, where Evidence-Based Practice originated, evidence is of vital importance. In management, we do not speak about a matter of life and death, but people-related management decisions do have an immense impact on our work and thus on our lives. Given the fact that most people spend most of their adult lives at work, we better make it valuable, for everyone involved. To quote one of our course instructors, Prof. Denise Rousseau, it’s about a common responsibility to make work better.”

Edward added that “Basing people related decisions on the best available evidence is a more responsible and effective kind of management. It doesn’t mean we should become evidence-based fundamentalists. People will not be convinced by reason only. Having an inspiring purpose is at least as important to move people and to realize progress. In short, a soft mission on a hard, evidence-based fundament.”

Whereas the necessity of Evidence-Based Practice becomes more obvious, there are still misconceptions.  “Many practitioners still have the idea that evidence-based HR is for academics and is too theoretical for them. Gathering, understanding and using evidence from multiple sources indeed requires a set of specific skills […] however, we showed them that there are user friendly ways to realize this, and to obtain outcomes which are practical to use.”

Furthermore, Edward pleads for a gradual implementation and a constructive approach, rather than mainly taking down current practices. Because each context is different, it may be appropriate to experiment with the proposed evidence-based alternatives and evaluate the outcomes of decisions.

Ultimately, while evidence-based HR requires a dose of healthy skepticism around claims being made, “it is not about pissing people off, rather it’s all about doing useful work to solve real problems” as Managing Director of CEBMa, Dr. Eric Barends, puts it.

Recurring theme from all trainees was appreciation for the relentless focus on identifying the problem you need solving, and avoid the phenomenon of solutioneering (i.e., defining the problem by the absence of a solution, for example, employee engagement, ref. Prof. Briner).

An Vanderdeelen, Talent Manager at Partena Professional, told us that she attended the training because “the idea of a more solid approach to Human Resource Management was appealing […]; in HR we hire, onboard, develop, reward employees without accounting for what scientific evidence suggest works better or doesn’t work, in what circumstances or why. The gap between practice and research is a problem here. At the same time, dozens of renowned consultants claim their approach or solution is the holy grail to every organizational challenge […] so, we are often tempted to go with the “easy fix” rather than take the time to gather the best available evidence to answer the question ‘what is the problem do I need to solve?”

In fact, as physicist Albert Einstein once put it, “if I had an hour to solve a problem I’d spend 55 minutes thinking about the problem and 5 minutes thinking about solutions”. This feeling was confirmed by Joëlle Dekeyser, HR Partner at Balance HR, who told us that “asking the right questions to identify the problem, its consequences and root causes, daring to challenge assumptions, and learning how to judge the quality and trustworthiness of the evidence from different sources” were some of the key ingredients that stood out in the training which distinguished an evidence-based approach from business-as-usual.

Overall, shifting to an evidence-based approach when dealing with problems or opportunities doesn’t happen overnight. Since developing skills requires practice, the more you apply the evidence-based framework to understand problems and develop solutions, the better you should get at it and make it a habit. All in all, as trainees often exclaimed “this is not rocket science!“, rather it’s about questioning the way we reach conclusions, and getting ourselves to think smarter.

Training on Evidence-Based HR: Who’s next? Ask the Chartered Institute for Personnel and Development (CIPD)

This first occasion showed that now practitioners have the means and know-how to apply an evidence-based approach in organizations to solve complex issues and challenges. But does this mean that Evidence-Based HR going mainstream? There are signs we are at the beginning of its large-scale uptake. In fact, the main professional body in the UK, the CIPD, led by CEO Peter Cheese, has recently announced a new Professional Standards Framework for its 144,000+ members in which Evidence-Based Practice is set as cornerstone of management practice. It’s likely others will follow suit. CIPD’s engagement with Evidence-Based HR followed an official acknowledgement that today more than ever, decisions should be based on strong evidence, rather than fads and fashions. 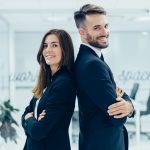 After taking a MS degree in I/O Psychology from the University of Bologna (IT) and the University of Valencia (SP), Pietro currently works as Freelance R&D Consultant as Fellow of the Center for Evidence-Based Management. He believes there’s always a better way of doing something, a for clearer purposes. Pietro loves a myriad of things, but is particularly keen about turning kitchens into restaurants.