Showing up for work, but nothing more: presenteeism, the ignored counterpart of absenteeism

As a manager, for sure you’ve come across the problem of absenteeism amongst your employees: people sometimes don’t show up for scheduled work. However, it’s not a black–or–white situation: being away from work or being engaged in fully productive work at the office are not the only two possibilities. One shade of grey is presenteeism: showing up for work while not fully healthy.

Why presenteeism in peculiar

Presenteeism is less obvious than its counterpart, absenteeism, but it bears similar or even larger costs for the organization. Working while ill will result in productivity loss: the employee is unable to achieve the same performance as in regular days. This is why an appropriate management strategy regarding it can be a source of competitive advantage for the company, by recovering hidden costs that other competing organizations are not aware of yet.

Employees also might suffer the negative consequences of showing up for work while ill. First and most obvious, this behavior might aggravate their health condition, bringing about more cumbersome consequences. These further impact the organization: think about subsequent longer sick leaves or colleagues catching the disease.

The costs of presenteeism

So how bad is presenteeism for an organization? In his review on the topic, Johns (2010) analyzes the cost of presenteeism and its causes. For example, in a financial company, the estimated costs of presenteeism while having migraines were higher than the sick leaves taken by employees. Intriguingly, in other multinational corporations, presenteeism was responsible for a higher percent of the health-related costs than direct health care.

One possible explanation for this situation is that presenteeism is much more common than absenteeism, and it has simply been largely ignored, because it is easier to overlook. This would be just another argument for companies to start looking carefully at their employees’ presenteeism behavior, in addition to examining their absence patterns. Another explanation is that employees overestimate their productivity loss in days of poor health, while they underreport the number of days on sick leave. What this implies for companies is to base their management strategies on objective data collected internally, instead of relying only on employees surveys.

Context has a role too

Some organizations are more likely than others to see high levels of presenteeism among their employees. In sectors of activity where loyalty towards the client is a concern, or the clients are seen as vulnerable, employees find it harder to stay home, even when sick. Such organizations are those dealing with children or in the healthcare sector. In this sector, additionally, medical professionals have a self-identity that makes it hard for them to be in the role of patients, thus increasing their presenteeism rates.

Teamwork is also a context where you find higher presenteeism than in individual work settings. Team members perceive that it is unfair towards their colleagues to be absent, even due to illness, thus will attend work more frequently while sick. However, team members themselves recognize that this behavior leads in turn to longer subsequent sick leaves, as explained at the beginning of this article.

One of the first things managers can do is to reduce the effects of an employee’s illness on their work through providing access to appropriate medical treatment. In fact, the pharmaceutical industry has prompted much research on presenteeism, and while it definitely serves the industry’s interests, alleviating symptoms is an effective way of reducing the productivity loss.

Apart from medical treatment, a wider strategy includes screening and education. The appropriate actions depend widely on the nature of work, such as whether the employee’s tasks can be easily fulfilled by other colleagues, or if performance is greatly affected by the health issue (e.g. back pain for manual workers). These wider strategies would prove useful especially in organizations where presenteeism is more likely, such as healthcare and educational institutions, or where work is done in teams.

On the other hand, it would be wrong to conclude that it is better to encourage an employee to stay home when they’re ill. The costs of absenteeism, presenteeism and other similar data are estimated at an organization level, and they are not reflected in a single employee’s case. Furthermore, absenteeism happens because of many different causes, not only illness, so presenteeism is not always its single alternative. 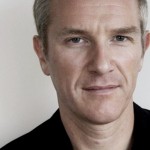 An interview with Patrick Vermeren, President of Evidence... Previous
[:en]What's your Team EQ?  The Role of Emotional Intelligence... Next 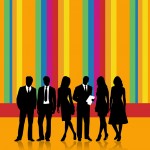 Iulia graduated in WOP psychology from the University of Valencia, after an educational journey that started in Romania, and continued through Austria, Italy and Canada. She has worked as a talent management consultant in Milan, Italy. Currently she is a trainer for a multinational company. Her professional interests are organizational change, teamwork, psychometrics and training. Her passions are reading, taking long walks anywhere in cities or nature, and languages, especially teaching them to children.