Interview with Rob Briner, Scientific Director of the Center for Evidence-Based Management (CEBMa)

Rob Briner is Professor of Organizational Psychology in the School of Business and Management at Queen Mary University of London. He is also very active in developing evidence-based practice in management, HR and organizational psychology. He was a founding member, Vice-Chair and now Scientific Director of the Center for Evidence-Based Management which, through its teaching, training and dissemination activities aims to help managers make better decisions by adopting the principles of evidence-based practice. Rob’s work in this area has led to him being named in 2016 the Most Influential HR Thinker by HR Magazine.

You can also find Rob on LinkedIn and Twitter (@Rob_Briner).

Rob, if you had to describe what Evidence-Based Management is really about in just one sentence, what would you say?

Evidence-based management is about what evidence-based practice is in any field: Making better-informed decisions.

Alright. What makes it different to how managers usually make decisions, and why is it needed?

There isn’t much good evidence about how managers actually make decisions so it’s difficult to say exactly how evidence-based management is different from the way in which managers usually make decisions. However, from personal observation I’d say there are three key differences: Using different sources of evidence; paying close attention to the quality of the evidence; and, using evidence to identify problems before implementing solutions.

Evidence-based management is about actively and systematically searching across a range of sources and types of evidence or information rather than just one or two. These sources include organizational data, professional expertise, scientific findings and stakeholder perspectives. Of course managers always use evidence in their decisions but perhaps only from one or two sources.

The second difference is that evidence-based practice entails judging the quality or trustworthiness of information in relation to the specific question or problem being addressed. Managers are confronted with vast quantities of information from the organization, colleagues, popular management fads, business success stories, consultancies, their own experiences, their intuitions and so on. However, much of this information is unreliable or untrustworthy and should therefore not be taken too seriously. A vital evidence-based practice skill is cutting through the noise to get to the signal. Paying close attention to and critically appraising the trustworthiness of the available evidence seems to me to be one of the most important and distinctive features of evidence-based management – though few managers seem to do this. It’s about using the best available evidence – not all evidence.

Third, evidence-based based practice stars with the identification of a specific and significant problem (or opportunity) using the best available evidence and only then identifying possible likely solutions again using the best available evidence. Managers spend significant resources on interventions or programmes in the absence of a well-defined or well-evidenced problem. Even where there is some evidence that a particular intervention ‘works’, simply adopting that intervention does not make sense from an evidence-based perspective. For example, goal-setting ‘works’ as a motivational technique but why implement such a practice unless there is good evidence showing that performance levels are low in an important way, performance levels can be raised in practically significant and cost-effective ways and that, given the nature of the performance problem, goal-setting is likely to be the most effective way or improving performance compared, say, to providing training, changing personnel; selection method, or re-designing jobs?

I see, less solutioneering and more organizational diagnosis! And usually what is the first reaction you get when you present the concept of Evidence-Based Management to decision-makers?

The first reaction is nearly always the same: A recognition that evidence-based practice ‘makes sense’ but also a strong awareness of the constraints that prevent us from being more evidence-based in our everyday work. Although most respond in this way there are a couple of other reactions. Sometimes people can at first feel a little insulted by the suggestion that their decision-making process is less than perfect in its use of evidence. Also, there is nearly always someone in larger audiences who completely gets the ideas behind evidence-based practice and has for years but has been constantly frustrated throughout their careers working in organizations who do not support the approach and go, instead, for management fads and quick fixes. For such people hearing the approach described and finding out about the Center is music to their ears.

In your opinion, what are the current barriers to the uptake of this evidence-based approach to management?

There are really so many barriers it’s hard to know where to start but I guess there are two sources of barriers – from universities and from the contexts in which managers work.

There are many barriers to evidence-based practice from academia itself both in the ways we conduct and publish research as well as the way we educate students at university as discussed in a special issue of Academy of Management Learning and Education. We tend to educate students through asking them to learn a bunch of theories and scientific findings (which may be highly questionable) and then test them to find out if they know what we’ve taught them. We do not educate students to think for themselves, to think critically, to ask questions and or how to analyse the quality of information. I now think academia is part of the problem of the low uptake of evidence-based practice rather than part of the solution.

There are also barriers in the organizations where managers work. In particular are the institutional pressures placed on managers to do stuff rather than to do what’s important and what’s more likely to be effective in helping the organization reach its goals. Perhaps surprisingly, I hear exactly the same story from both academics and managers about why it’s hard for them to take a more evidence-based approach. In both cases there are strong political and career incentives to carry on doing things which people know don’t really make sense. The costs of challenging the way things are done are perceived as too high and career-limiting.

There are also of course some individual barriers – not least cognitive biases – but in a way these are relatively easy to deal with or at least manage compared to institutional barriers. And, in fact, many of these individual level barriers could be addressed through the education and training of managers.

What do you think can be done to overcome these barriers?

I’ve come up many not-very-good answers to this question over many years including: Point out to practitioners when they are doing stuff that is unsupported by evidence; Teach students differently; Encourage academics to think differently about their purpose as researchers and educators; Influence professional bodies in HR and management and organizational psychology; Talk to anyone and everyone who will listen; Tweet like crazy; Do guest teaching at Universities; Write articles for practitioner publications; Go to conferences and present papers, do debates and keynotes; Help, develop and support the Center for Evidence-Based Management; Work with organizations who are interested; Always respond to media requests; Put short films up on YouTube; Find and nurture supporters; Start a journal; Invite myself to go and do seminars at Universities; Support organizations who are sympathetic to evidence-based practice – such as ScienceForWork!

I’m not sure that any of these work particularly well to overcome barriers. At the moment my thinking is just to do as much as possible to get the message out there and explain to people what the benefits might be both for ethics and effectiveness.

Finally, what makes you volunteer your time to teaching and disseminating Evidence-Based Management?

I don’t think the answer to any scientific or practical problem in management and organizations is simply to keep doing more and more research. This is for several reasons. First, a lot of our research is poor quality, biased and more about researchers’ careers than genuinely trying to develop a deeper understanding of important phenomena. We need to find ways of changing the perverse incentives that have led to the current crisis in science – and this is starting to happen. A recent article by John Antonakis summarizes the issues very well.

Second, we simply don’t know enough about what we already know and don’t know. Collecting new data is of course necessary – but should usually only be done on the basis of a really sound and comprehensive systematic review of existing scientific findings. Third, I see both academics and managers being highly active and producing lots of stuff which is although well-intentioned is also wasting time and other resources because it’s not based on a well-identified important issue. This has huge implications for the organization, employees, communities and wider-society. If we were better able to focus our attention on the things that really mattered we would reduce waste but also more effectively get to where we want to be.

What all this means for me personally is that I see little value in just doing more and more academic stuff – research and teaching – for its own sake, or just because it’s a job or just because that’s the way we’ve always done things in academia. I’m more interested in examining questions about the value of the things we do as academics and how we are making a contribution beyond the narrow and usually trivial indicators used to judge academic performance. For me, many of the answers to these questions can be found by adopting and promoting an evidence-based practice perspective to both research and teaching.

Thank you Rob for your time and your tremendous work in promoting evidence-based practice in management and organizational decision making! 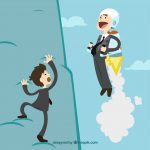 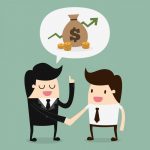